Although it was 40 years ago, Shanghai Catholics all over the world will not forget our vivid memories and trauma on the eve of September 8, 1955. Indeed, I did my annual St. Ignatius’ spiritual exercises during the preceding five years anticipating my own cross the Lord had prepared for me. The cross represents suffering, and the day we accept our own cross when it is given to us is a day of grace and glory. Glory to God, indeed! 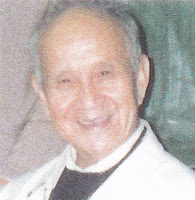 On the evening of September 8, 1955, the Chinese Communists made up their mind to destroy the Catholic Church in Shanghai and started a large-scale attack on the Church. Our beloved then-Bishop Ignatius Kung Pin-Mei and priests in the diocesan office were all arrested. Many other rectors, priests and seminarians were also put under arrest. Parish pastors and priests simply disappeared. Residences of the religious orders, including Salesians, Daughters of Charity and Carmelites, were all searched and properties were confiscated; their rectors and mother superiors were all arrested. In the short time from September 8 to September 26, inside the Shanghai city proper, there were more than 40 priests, 30 seminarians, 20 Sisters and 1,000-plus lay people, including college youth, arrested. Instantly, all prisons and detention centers in Shanghai were overflowing with Catholics.

The September 8 incident was just the beginning of a long series of persecutions that started in Shanghai and soon spread all over China in a short time. Day after day, year after year, this long and agonizing journey of soul searching continued. For our Lord, Church and faith, the stories of many martyrs wrote a painful-yet-memorable chapter of Chinese Church history.

On that heartbreaking evening, many parents had to see their innocent children go and many husbands had to get ready to visit their spouses in prison. Some of the parents were not Catholic, and they simply could not understand why their children were arrested. Some even begged their children to leave “this damn Church,” and refusal by their children only added to the agony that they already had to endure. Even for the Catholic families, the separation of husbands and wives, children and parents was still heartbreaking. Some young toddlers would not let their mothers go; for their belief, their mothers painfully pushed away their own children and got on their journey. For me, it was all darkness and uncertainty inside myself. We did not know where the journey would lead us, how we would be treated. We would be in prisons and would be interrogated a thousand times, and possibly sent to exile for labor reform. I am still surprised that I had the courage, with my eyes closed, to say, “Our Father, whatever you want me to have, I will take it.” To my disbelief, we were like Jesus ready to accept the sorrowful cup, but we did not know what kind of sorrow was in the cup.

Going to jail was the beginning of our suffering. Patrick Henry, one of the Founding Fathers of America, once said, “Give me liberty or give me death.” The most painful thing that can happen to us is to lose hope, to lose control of our own destiny. For some young students, this meant that they could not continue schooling for the rest of their lives; all doors to professional and scientific training were shut. They could only be farmers and factory workers. Imprisonment deprived them of everything. They were not treated as human beings in the prisons. They could not dream of finding an agreeable spouse and raising an ideal family. Ten years, 20 years, years of hopelessness and desperation were difficult to endure. These youth constantly lost their sleep at night. This amazing group of youths shouldered their cross because of their love for Jesus! Only with that, could they persist and persevere through the ordeal.

For the young women, their marriage and future families were everything to them. Being in prison did not just mean the loss of freedom, but the hope of starting a family of their choice. There is no young girl who does not want to find her own prince, who can care, love and comfort her. Even this aspiration was not possible. Yes, if they would “wake up,” i.e., turn their back to their faith, they could be out of prison in no time and pursue their future. Some did just that and later became core members of the puppet church, the so-called “Patriotic Church.” Nevertheless, many chose to stay on course in their journey of faith. Recalling that today still terrifies me in that difficult spiritual struggle they had to go through. I wonder, and they wondered also, where they derived the willpower and strength to stay in the detention centers, prisons and labor camps. Many faithful young women had a vocation to stay celibate and to become a religious. They Church teaching then taught a sister maintaining her virginity and celibacy is the spiritual bride of Christ. They had never thought about marriage, not even to Catholics. But, being locked up and being in isolation and solitary confinement, the need to survive forced some of them to marry labor-camp cadres and workers. There was this dubious honor at that time that male labor-camp cadres and workers preferred to marry Catholics, members of the Legion of Mary would be even better and ideal. Our Catholic youth women had such a reputation in their modest and graceful manner and carriage.

One of the many remarkable women I knew went through 20 years-plus of labor-camp rehabilitation and still stayed single. She did not return to her hometown of Shanghai; instead, she joined the order of Theresian Association, which was still active in the northern part of China. When I left China, she was the spiritual director for many young novices. As young as 15, she was already a Confraternity of Catholic Doctrine teacher for youngsters in the Church in Zikawei. She was arrested two days after I was taken by the police in 1953. she was one of the most able in the youth group and was watched closely and arrested quite early by the Bureau of Public Safety. She left her feeble mother and six young siblings. She was such a great example in my memory.

It is sad by that only we, the survivors, can do the remembering. In these 40 years, many priests died in prisons. For example: Fr. Tong Shi-Ze, Fr. Wu Ying-Fung, Fr. Wang Zen-Shen, Fr. Chen Tse-Ming, Fr. Shen Shi-Shen, Fr. Hour Zi-Tzeng, Fr. Chang Shen-Yu, Fr. Chu Shu-Te and Fr. Sheng Pei-Shun. There are many Brothers, Sisters and lay people who also died for their belief and faith. Fr. Wang Zen-Shen was special to me. The more I think of him, the deeper I feel his greatness. Recently, the Church canonized Fr. Maximilian Kolbe. This noble, Polish priest died of hunger in a Nazi concentration camp during World War II. Fr. Wang is a Chinese Kolbe. They both died of hunger because of their love for others in the camps. During those years of many natural disasters in the early 1960s, the living conditions were harsh and strict, and meager rationing was instituted in the labor camp. Many went through that and feel lucky to be alive today. Fr. Wang died of hunger at that time. I know this quite well. He could not stand to see those young inmates doing heavy work while craving for food. He saved and gave some of his meager, “starvation” rations to those young inmates. As hard times persisted, he found that it was hard to bear. In desperation, he wrote to his sister, asking for some food supply. When his sister finally had time to go to him, it was already too late. I witnessed Fr. Wang’s love and care for his brothers. Jesus told us, “There is no love greater than dying for your own brothers.”

There are many priests who were released from the prisons, yet died later for their faith. The list includes, Fr. Chang Si-Bin, Fr. Lee Chi-Tsai, Fr. Chin She-Yuan, Fr. Fu He-Chou, Fr. Shen Le-Tin, Fr. Lu Ta-Yuan, Fr. Yen Wun-Liang and Fr. Chu Hung-Sheng. Their courage and bravery was like that of Christ, himself, “Follow the order until death, and death on the cross.” Among them, Fr. Shen’s family was dear to my heart. Fr. Shen’s father died in prison, as well, for his faith. Fr. Shen’s mother suffered and endured so much after their house was confiscated. Fr. Shen’s sister, Li-Sha, was also an outstanding Catholic. She was sent to a labor camp in Qinghai province, and her virtue won so much admiration from Catholics, as well as non-Catholics. After her return to Shanghai, she was struck with cancer. She was homebound, and many visitors, including those acquaintances in Qinghai, were amazed to see her peacefulness and inner joy. That was exactly like her patroness, St. Therese of the Child Jesus. I visited her several times, and she was always devoted, caring and loving. She left the world with peace and a smile. I hope that someone will be able to write about her story.

Cardinal Ignatius Kung Pin-Mei was in my fond memory, as well. Forty years ago, Shanghai Catholics were so brave that “Blood can flow, yet our faith shall not waiver.” He was so proud of them, and he wrote and eight-word banner of Chinese characters for them: “Walk through shining blades. Dance into burning fires.”

It is quite emotional for me to recall that tragic September day 40 years ago. But, to write for and to compile this commemoration has a deeper meaning. It was a painful memory, all right, and the pain and suffering were hard to bear. Yet, as the Carmelite Sister Elizabeth once said, “Only on the cross can you find Jesus, and He shall give you life and peace.” Those who went through the persecutions can have a real appreciation of what she said. For these 40 years, we really encountered Christ, who was by our sides and who gave us comfort and peace. The Communist Party cadres and our close friends, to this day, are still puzzled to see our smile and our inner peace.

Posted by Veritas Est Libertas at 4:38 PM No comments: