With God in China: Father Eleutherius and Brother Peter (excerpt)

Judges' comments: “Her gripping account of life for two Catholic priests in China is superb. She calmly explains the constant political upheaval in China, the awful effects of those changes on Winance and Zhou — and their unflinching faith — and finally, how they emerged later with new lives. It’s a history lesson, a faith lesson and a stark recitation of a dark time in history.” 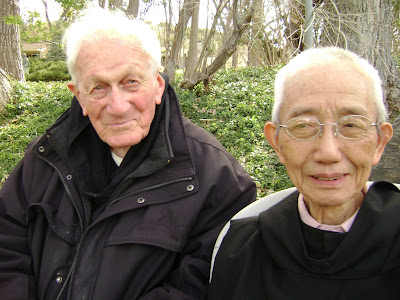 With God in China: Father Eleutherius and Brother Peter

First Published in The Remnant, April 2009

Joseph Marie Louis Stanislas Winance was 4 years old when he stood on a train platform in Mons, Belgium, in 1914. Surrounded by his family, he squeezed his way past long skirts and stepped over thick leather shoes to say goodbye to his Aunt Marta Reumont, who was heading to China that June morning to become a novitiate with the Franciscan Missionaries of Mary.

“Aunt Marta, one day I will go to China and be your cook,” he said, looking up into her smiling face.

Little did that small boy realize how part of his childhood pledge would come true. For 20 years later, as a cleric in St. Andrew Abbey in Bruges, Belgium, Winance was walking along the cloister, reading his breviary when he received an order to go to the office of Father Abbot Théodore Nève.

“Yes,” was all Winance said, but he wasn’t prepared for what he heard. He didn’t sleep all that night. His thoughts dwelled on the trouble the Communists had caused in Szechwan, the province where he would be sent. His Aunt Marta, who had become Sister Marie Jeanne Françoise de Chantal, mourned the loss of several buildings her order had built in the city of Kangting and that the Red armies had burned and destroyed.