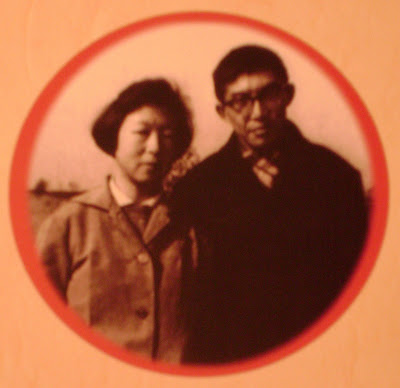 
Joseph Ho stooped over his anesthetized patient lying on the operating table, belly up, a crimson-colored abdomen crimped open with hemostats dangling from pinched flesh.
On staff at in southwest , Joseph, a top surgeon at the age of 25, had been on call the night of July 4, 1960, when he had to perform the emergency surgery. That was to be his final night at the hospital, but he didn’t know it, yet.
Just as he located the intestinal blockage in his patient and was preparing to slice away the life-threatening section, Joseph heard the doors of the second-floor operating room slam open behind him.
“Stop the operation,” ordered the hospital superintendent as he entered, followed by two plainclothes officers, cadres from the Public Security Bureau.
Joseph, with scalpel in hand and a bit stunned from the sudden intrusion, looked up and stood back from his patient.
“Take off your gown, and follow these two men to the Public Security Bureau,” the hospital superintendent ordered.
Joseph had no choice. He had to surrender his patient, mid-surgery, to his first and second assistants, who scrambled to take care of the emergency and telephone for a backup surgeon to finish the operation. He put down his surgical instruments, and as soon as he had untied his face mask and removed his bloody gloves and gown, the two cadres pulled his arms behind his back, handcuffed him and led him away.
Minutes later, after a brief jeep ride, Joseph stood before two interrogators.
“Where are we?” one of them asked.
“The Public Security Bureau,” Joseph said.
“What do we do here?” they asked.
“Arrest people,” Joseph said.
Posted by Veritas Est Libertas at 4:31 AM